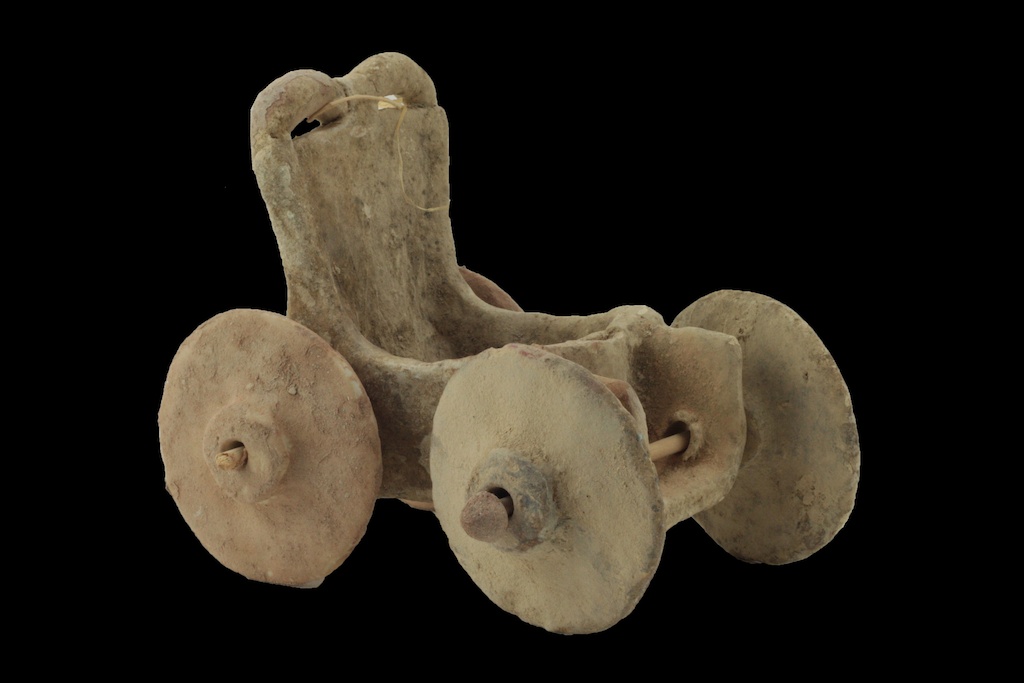 Early Bronze III 2700-2200BCE
A similar chariot is depicted on the Sumerian war mosaic or the “Standard of Ur”, dated to 2600 BCE from the royal cemetery in the ancient city of Ur. If the date of this chariot goes back to Early Bronze III, it would anchor the artifact to a time when the Great Pyramid was being built in Egypt.

Back to Artifacts
All Imagery Copyright Museum of Archaeology & Biblical History