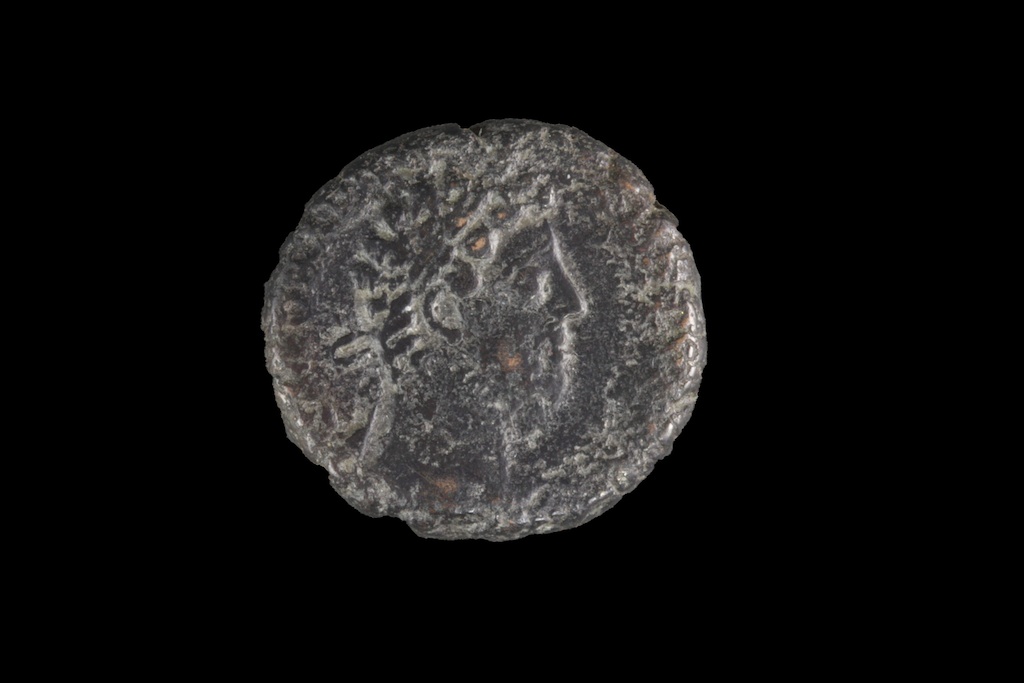 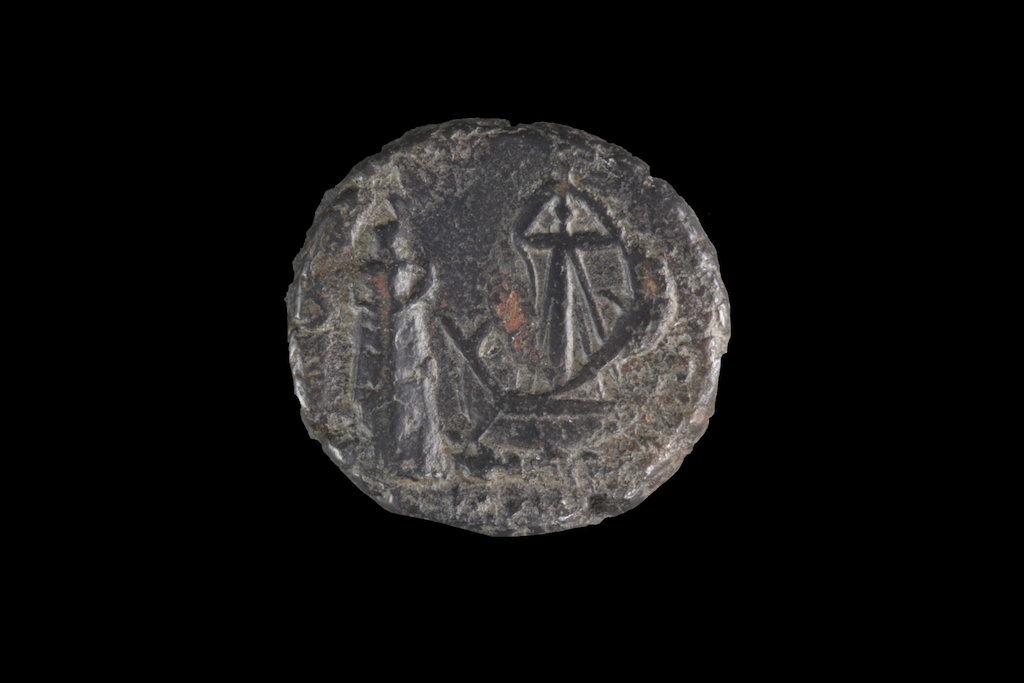 Late Roman Period 132,135-324 CE
Obverse: bust of Commodus 177-192CE
Reverse: galley sailing towards the light house of Alexandria
The Light house of Alexandra was built by Ptolemy II on Pharos Island. It is listed as one of the seven wonders of the ancient world. The construction began in 290BCE and took twenty years to complete. The designer said to be Sostratus of Knidos. The lighthouse stood between 450-600 feet tall, the only ancient man made structure taller was the Great Pyramid built about 2500BCE. Sever earthquakes finally caused the light house to tall, first in 1303CE and once in again 1375CE. History chronicles that the Septuagint was written on Pharos Island.