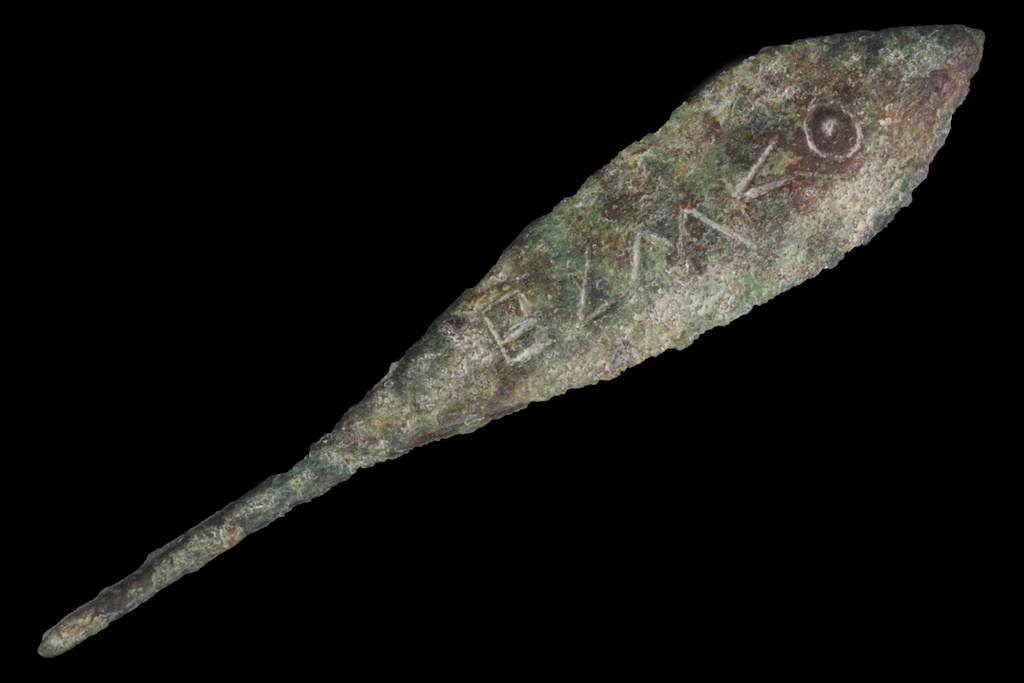 Iron Age IAB 1200-1000BCE
Cleaned by David Hendin, said to have been found in a hoard of arrow heads near Bethlehem
The proto Canaanite script is related to the early Phoenician linear script that is the immediate ancestor of old Hebrew. Inscribed arrowheads first turned up on the antiquity market in the early 1950’s during plowing of a field in the El-Khadar village south of Bethlehem. Some inscriptions are tributes to “servant of Lion Lady” or possibly the Asherah in the Bible. They date to the 11th century BCE
Note: Robert Deutsch