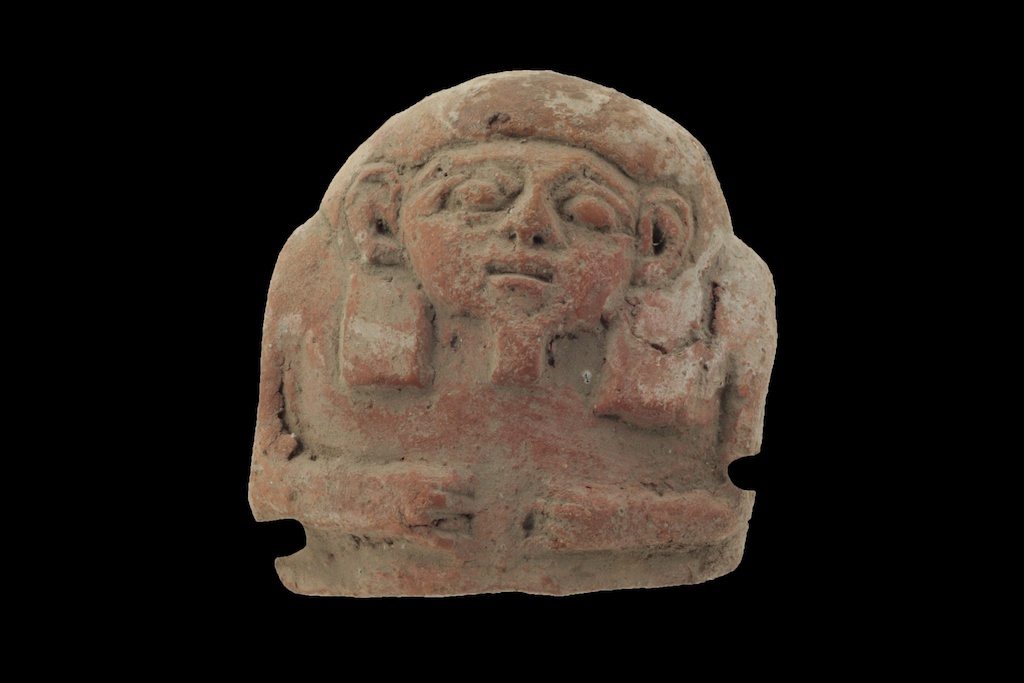 Late Bronze Age IIA 1400-1300BCE
Possibly from the excavation of deir el- Balah near the Gaza strip area on the southern coast of Israel. These terra cotta coffins are dated to the Egyptian Amarna Period of the 14th century BCE. Later in the 13th-12th century the Philistines took on this Egyptian influence in their burial customs, using the anthropomorphic style.
This small lid was from a child’s coffin note, the Egyptian style wig and false beard.

Back to Artifacts
All Imagery Copyright Museum of Archaeology & Biblical History