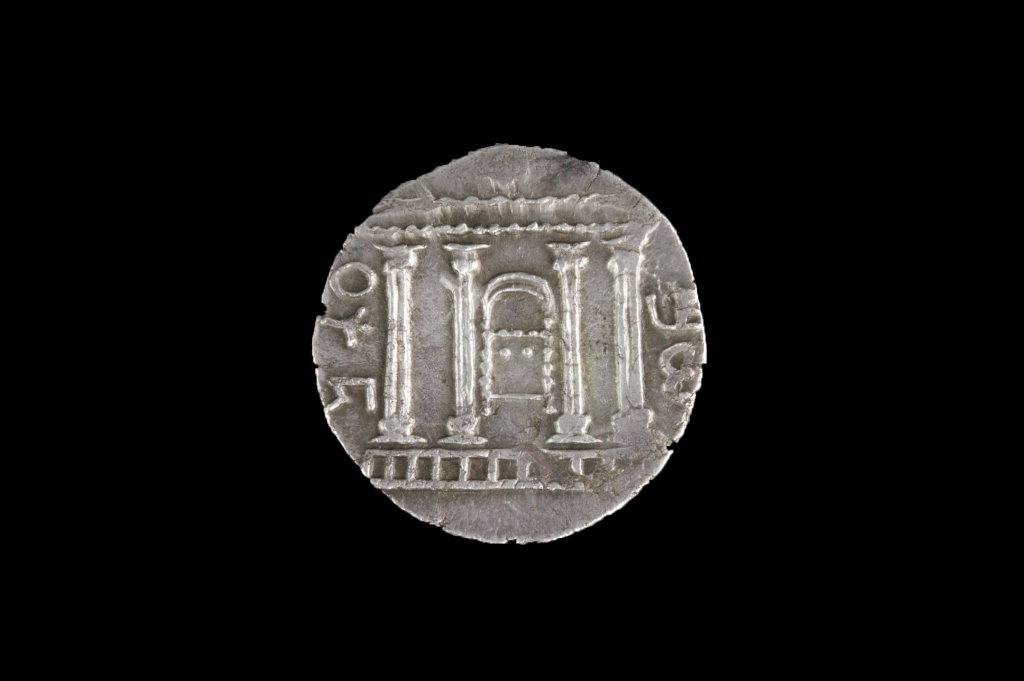 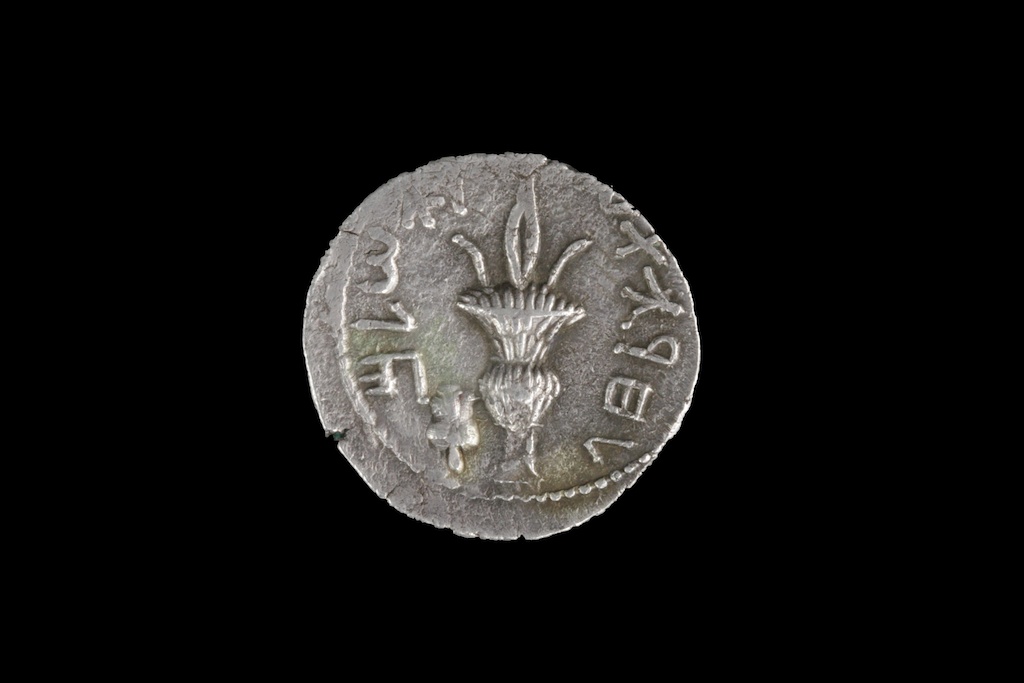 Early Roman Period (63 BCE-132, 135CE)
Obverse: Façade of the Temple in Jerusalem with ark and scrolls, Hebrew on two sides (Simon)
Reverse: Lulav with etrog at left, Hebrew (For the Freedom of Jerusalem)
This coin struck during the Bar Kochba War, The coin is called a Sela and was struck over a Roman tetradrachm